5 Reasons You Might Really Regret Moving to the Burbs 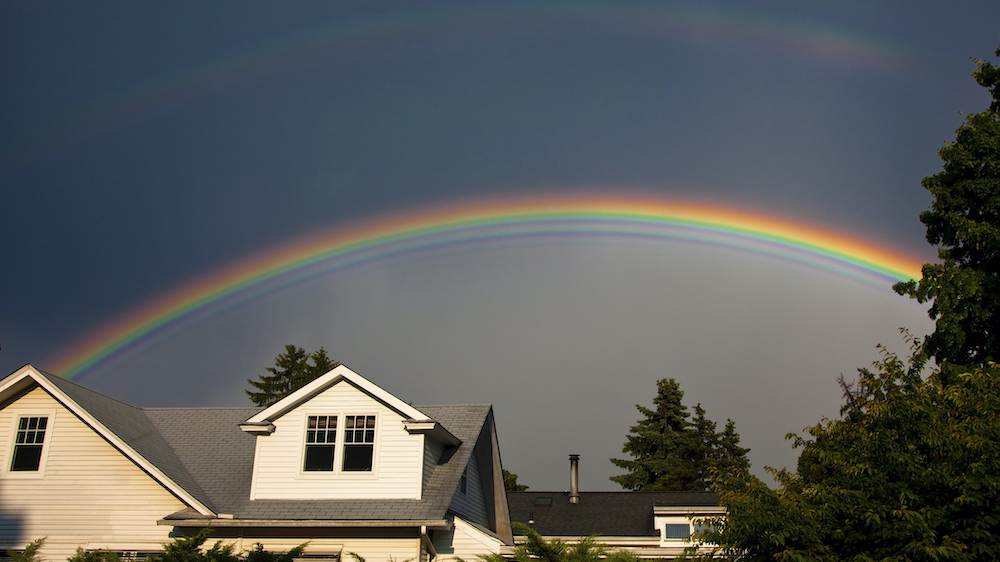 Like many parents with young children, my husband and I left New York City for the suburbs about 10 years ago dreaming of the three Sâs: space (more of it), schools (better ones), and safety (fear of lobby muggings no longer a factor).

It seemed like the right thing to do, and the thing everyone was doing. One co-worker, an uncannily successful and savvy woman, described the day she moved to the suburbs as âonly the best day of my life.â

âEverything is easier and better,” said a friend who raised two remarkable kids, now young adults, in another suburban town. “You move there for your kids, and then youâll stay for the community.â

But once my kids were in college, I made a beeline back to the cityâand stayed put even when the coronavirus pandemic swept through and prompted many die-hard New Yorkers to head for the hills. Why?

To be honest, the verdict is out about whether my years in the suburbs were such a great decision.

Granted, a big part of my eagerness to return to urban life was the fact that I was born and raised in the city and lacked some basic suburban life skills. I never 100% acclimated. But even taking that off the table, I felt the lifestyle wasn’t a great fit.

So in case you’re pining for the suburbs but wonder what kind of culture shock may be in store, allow me to share the ways that the burbs were a bummer for meâand might be for you, too.

1. Chasing contractors and tradespeople becomes a big part of your life

Once you have a house and yard, all kinds of responsibilities arise. Arranging your books and throw pillows inside is the fun part. But thereâs a ton of nonfun stuff to wrangle. The trees need checking to ensure a branch isnât about to fall and crush your car pancake-flat, like in a cartoon. (It can happen and did happen to a friend.) Fences rot and begin tilting. There are gutters to be cleaned, chimneys with caked-on creosote to be scrubbed out, and all matter of masonry, drainage, and roof issues to be addressed.

And note, each often has a four- or five-figure price tag for the repair. Oh, for the days of calling the building super and getting quick, free service!

2. There’s a lack of options for going outâand with that, boredom

If you love city life and deciding between the tapas place at the corner, the pho spot midblock, or the Ethiopian eatery across the street, you are going to be in big trouble. Chances are, your dining choice will be limited and at times way pricey.

In our town, there were pizza places, Chinese takeout, a tavern or two, a taqueria, and even a white-tablecloth Italian with an unchanging menu and $25 bowls of pasta. The latter is where other couples always suggested we meet for dinner, and it got old fast.

Similarly, there was the one nearby multiplex showing blockbusters and giving off âGroundhog Dayâ vibes as we lined up for yet another Marvel flick.

Shopping selections were minimal, too. If you wanted to keep your drive time to under 20 minutes each way, there was exactly one megamart within striking distance. I longed for my city-life days with three supermarkets, each three blocks from my apartment, not to mention that sense of discovery, strolling in new neighborhoods to find matcha cafes and quirky bookshops.

That ability to spend an afternoon wandering is something else thatâs lost with a move to the suburbs. Even the most robust downtown outside of a city gets small soon.

Watch: 4 Times You Should Pony Up and Offer Over Asking to Land Your Dream Home

3. Diversity isnât a given

Part of the joy of cities is the mix of people: old people, young people, white people, people of color, singles, marrieds, people whose ancestors came over on the Mayflower, people who arrived just last week. Although I’ve heard certain suburbs can be veritable melting pots of diversity, in my experience, suburbs tend to be quite homogenous.

At the very least, youâll notice that you donât have many young, single folks roaming the streets. Itâs often only families, plus a smattering of empty nesters who never made it to Florida. The towns are all about kids: tae kwon do studios, athletic gear stores, ice cream shops, and paint-your-own pottery places. Bars, live music venues, vintage clothes shops? Not so much.

Even though I was a parent, I still wanted those things. Even if I wasnât patronizing them, I somehow wanted to know they were there waiting, giving me the illusion that I could have a happening life.

In the city, you can get by with the quirky space-saving pets: the gecko, the gerbil. But in the suburbs, not so fast! We were the only family on our street without a dog because someone who shall remain nameless (cough, cough) is allergic. Every other house had a golden retriever or labradoodle.

Walking the dog, talking about the dog, arranging for the van to come pick up the dog, shampoo the dog, and return the dogâthis is all a big deal and a significant bonding opportunity with neighbors.

If you are not part of the canine set, you are going to be an outsider. And your children will resent you deeply for depriving them of what every other kid has.

5. If the school is a bad fit, you’re screwed

Pretty much everyone is in the burbs for the schools. Our neighborhood was big on inclusive programs (dual language, programs for children with developmental delays) and arts enrichment (fantastic visual and performing arts). Other districts are all about their legendary sports teams or science fairs.

But here’s the problem: If your child doesnât click in the local public school, itâs not like the city where you have choices. Where we lived, the only option was to transfer to a religious school, which doesnât suit everyone. So many parents wound up keeping their children in their designated public school, knowing it wasnât a great situation, but feeling unable to find an alternative close enough to where they’d bought a house.

The post 5 Reasons You Might Really Regret Moving to the Burbs appeared first on Real Estate News & Insights | realtor.comÂ®.